For the second time in less than four months, we find ourselves having lost a U.S. political leader. While they may not have agreed on everything, there is this sense that both Senator John McCain and George H.W. Bush represented a political class that implied decency and decorum.

Immediately the OpEds roll out, the hot takes and the historical views of their legacies. As human beings, that’s how we make sense of death: to come together, to recount, to discuss. If we only say positive things, are we whitewashing? If we only highlight the negative impacts of someone’s decisions and behavior, are we assaulting their memory and doing their souls a disservice?

Yet in our time, the mourning processes are inherently messier because of the compounding nature of our current environment. Every fact about a political figure– whether it be positive or negative– has a separate, special weight and meaning, because of its implications about who we are, what we value, and what kind of collective future we hope to envision for our country.

The death of “great men” is like a Rorschach test– whether you see the outlines of a saint, or a messy inkblot often can tell just as much about the viewer as it does about the figure being memorialized. 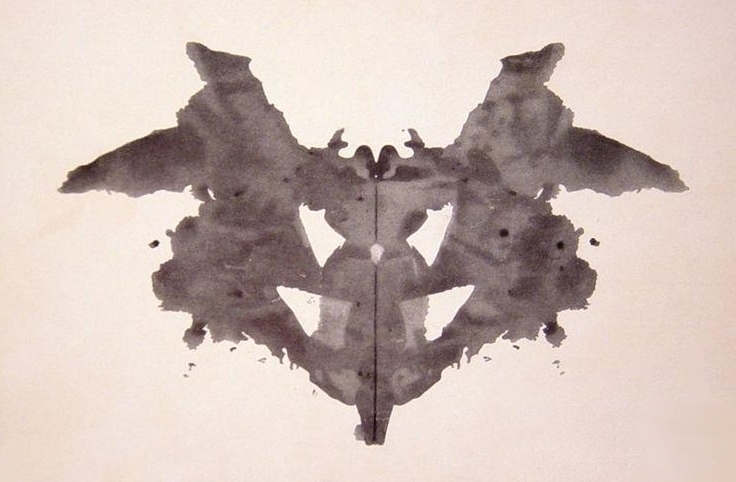 Similarly, we go through smaller cycles of this same kind of weighing of value when public figures fall from grace. This week, multiple allegations of sexual misconduct have surfaced about popular tv show host and scientist Neil deGrasse Tyson. The #MeToo movement has forced us into a kind of rolling wave of mourning and accounting for people in the public sphere.

To be clear, I am not unsympathetic to the pain that losses cause. However I think it’s foolish to think that any one of us owns or has the answer to how we account for the totality of the lives and impacts of public figures. The question of whether you can still enjoy or appreciate the work of someone who was deeply flawed is both a communal one and a personal one.

One can, at the same time, grieve and be in the immediacy of pain and loss, and at the same time, mourn people in their good and bad. Not “speaking ill of the dead” is a prohibition that has more to do with comforting the direct mourners. We would all agree that getting up in front of the grieving family and pointing out all the deceased person’s foibles would be a dick move.

But in mourning, and especially in societal mourning, there must be room for conversation that includes the negative and the questionable aspects of a person’s impact on the lives of others. People don’t get a pass on having their legacy weighed because they die. We all are headed that way eventually, and though we might prefer that we are remembered only by our best deeds, we will also be remembered by our worst. That is life. That is death. No one is perfect, and the meaning of our impact (good and bad) must be negotiated. In the case of a public figure, that meaning is negotiated privately (in one’s own mind) as well as societally.

To put it bluntly, America and Americans are not necessarily good at this process, and we need to more consciously engage in it for the betterment of our future and our country. Yes, we are (generally speaking) a culture of optimism and the future. Yet we are also a country that, by constantly looking and striving forward, very often ignores the painful mistakes of our past. And that past, unreflected upon, or whitewashed beyond recognition, comes back to haunt us.

When we hear calls for unity without recognition and accounting, we need to be weary. When we react with defensiveness at facts that do not fit our narratives and constructions, we close ourselves off from learning. We close ourselves off from progress, synthesis, and a way forward. Put simply– calls for “not speaking ill of the dead” are a defense mechanism. If we’re not ready to process something, then say so. But  not being ready to process something is a personal choice– and should not be binding for everyone, and should not go on indefinitely.

Looking at how many calls of it’s too soon! Why politicize this event/death/person? we have been bombarded with in recent memory, it’s clear that there’s really no good or convenient time to process death, tragedy, or inconvenient flaws.

There is no good time.

So, to all of those who are taking the falls from grace, the deaths, the losses (both individual and communal) personally– good. To those who are angry at any mention of the problematic past of individual people and of our country– good. It should tell you something about yourself and about our society as a whole. Anger is a defensive response. Note it, and go deeper. Ask yourself: what do I have at stake here? Then ask: what do others have at stake? What do we all have at stake by accounting– and sometimes readjusting– our judgments and frames?

To not learn from examples– both positive and negative– is to squander the great gifts of  life. If we truly believe in the possibility of progress, of betterment, we must be open to learn. Without synthesis and learning, we waste the legacy of those who have come before us.